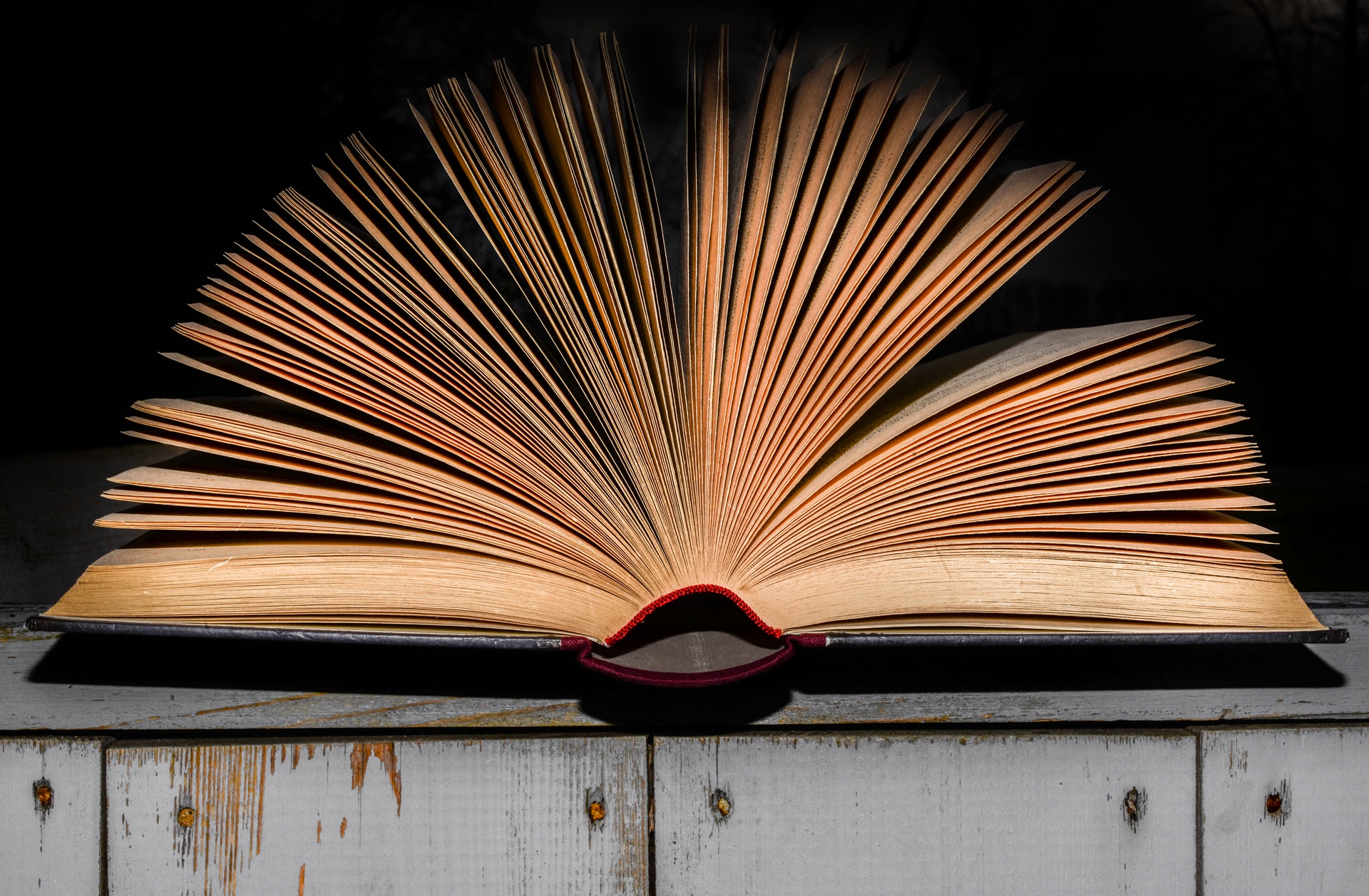 This article is intended to rebuke some of the most common arguments against child support. There are many people selling motions and arguments claiming you can use them to prove child support is illegal. These are all scams, and will only hurt your case in the future. While it is our belief that the current child support system is fundamentally unconstitutional and violates basic human rights of fathers, the current precedent in the United States has failed to preserve the civil liberties of non-custodial parents. We do not agree with them, but we feel you should understand what you are up against if making an argument on a federal level.

A point of contention regarding the impact of family law on constitutional rights is frequently cited under “deprivation of rights under color of law.” This is actually a federal law, a penalty for which is as harsh as murder in the first degree, including death. Essentially it is applicable when a law is passed that seeks to deprive and individual or group of basic civil rights as defined in the constitution. It’s punishment is purposefully stern, the ability to pass laws that interfere with basic constitutional rights essentially nullify what our country was founded upon. This necessitates a punishment that would ensure it would never happen.

So let us take the example where a child support order is issued to a non-custodial parent. In many cases the state passes additional laws that cause the non-custodial parent’s income to be incorrectly inflated (i.e. failure to take into account taxes or expenses) or the custodial parent’s expenses are exaggerated. Now we have a situation where an individual is unable to pay the support amount, and then faces a contempt charge for which he or she may be incarcerated for. Normally when charged with a crime one would be entitled to due process, a court appointed attorney, and the general protections one receives in criminal court. But here in civil court you do not get said protections. So how do they get around it?

Let’s take a look at another situation. The rights of parents are clearly defined in that the state shall not take away the parent’s rights to be in their child’s life, shall not interfere with their ability to parent. This is a fairly fundamental right, after all, we wouldn’t want to be in a dystopian 1984-esque society where the government can just come in and take your children to raise as they wish? Otherwise you would be re-living the Hitler youth, or the orphanages shortly after Stalin’s time full of future servants of the state.

While both of these things make perfect sense (as they should) the courts have found ways around it. In Troxel v. Granville (2000) Washington State introduced the notion that a state defined “best interest of the child” supersedes parental rights that were held by prior precedent. Unfortunately the Supreme Court agreed and allowed the ruling to stand, thus ensuring the state can tilt the tables in its favor. Once we go down that slippery slope, all the state has to do is then act as though the interests of the state are actually the best interests of the child. So what is in the best interests of the child? Is it two parents in conflict while living with one parent 80% of the time? Or is it living under a shared parenting arrangement in a calm and safe environment? It does not matter what the science says, because the Supreme Court says the state can define it. The state needs not justify as to what the best interest is, only state what the best interest is. This tragic manipulation of the law has remained in place without effective legal rebuttal and unfortunately at this point the only way to change it is through legislation.

There is no mistake about it, the state’s sole interest is in generating SSA Title IV-D reimbursement from the federal government. So is it a surprise that we find the majority of cases having a winner and a loser? No, unfortunately there are no surprises here. Family court is consistently predictable, and in the most unfortunate ways. And while the legislators are there to govern and represent the populace, they are not going to wean themselves off of the government subsidies without a fight.

Now going back to our first argument, the way to get around that one is a bit more complex. First there is the issue of the amount. As the states have added more and more complexity to these laws, they have made it more and more arbitrary as to what counts as income. So for those of you out in Arkansas that travel to California for work and suddenly have to pay triple to eat (reimbursed by your employer) you’ll suddenly find that attributed as income. Do you have a work vehicle or get reimbursed to use your car? That can count as income. Do your children go to school, but it is just easier for the custodial parent to get help during the day? Sure! No problem, that is allowed. Would you ever do it if finances were tight while married? Absolutely not. But the state has discretion to inflate these figures, and gets paid directly as a result. The most important question that remains is that of incarceration. The key to allowing this to happen while depriving you of rights is to say that you willingly caused an inability to pay. So if you were a construction worker and injured your back, they can say you willingly stopped working and used the pain as a cover for reducing your income. While there are protections that you can try to invoke (i.e. disability) the road to getting that is incredibly arduous, and the expense of securing a favorable judgement using an attorney will be out of reach for many. So once you are found to be doing anything voluntary, they are able to cite you for contempt of court and take your rights. Due to the Bradley Amendment the arrears that are then created are non-modifiable and cannot be altered. This means that for the rest of one’s life, one is under threat of incarceration by the state or other parent.

You might ask yourself, but these judge’s wouldn’t do that, right? Well, let’s talk about another concept.

In the United States, judges are essentially free to do ANYTHING from the bench. In Mireles v. Waco (1991) a judge in Texas issued a warrant for the arrest of an attorney who failed to show up, and instructed the officers to “rough him up a little.” After taking the appeal all the way to the Supreme Court, not surprisingly, the cabal of peer judges refused to find any liability and ensured that judges can do anything while they are on the bench and acting in the capacity of a judge. So while they cannot just pull out a firearm and execute you on the spot, should they issue an illegal order, it is of no consequence to the judge as issuing orders is a part of their function. Very rarely is judicial misconduct punished when it happens in the court room, the only recent exemption to that was the “Kids for Cash” racket in Pennsylvania where the judges actually sold children to private juvenile detention facilities. Anyone who has known those in power long enough will know that they seek a powerful office with the least accountability. Many politicians come to mind for most, but in actuality it is the judges we have to fear.

When you combine these misrepresentations of a “child’s best interest” with the overlapping state interest, add in a dash of conflict of interest, and then polish it off lack of accountability; you end up with what we call family court in America. The last vestige of slavery in the United States.

The most important question here is how do we change it. Judicial immunity is here to stay. The only individuals powerful enough to right this wrong is the Supreme Court, and no group of judges will limit the power of their peers and branch (and themselves.) The next approach would be to limit the fictitious accounting that is commonly used in family courts to secure more Title IV-D funding at the expense of the non-custodial parent. The approach to this is to ensure shared parenting is the norm, and reduce child support orders to realistic amounts, mostly doing away with them in cases of shared custody. The ideal way is to remove Title IV-D funding entirely so that the state laws are no longer perverted by vested interest in perpetuating the miscarriage of justice.

The final step is to remove the teeth from the punishments. This part will again be incredibly difficult as the courts have dug in on the notion that the rights of the child outweighs the rights of the non-custodial parent. But this notion must not be allowed to continue. At no point should one’s liberty be exchanged for the sake of another without that person causing harm or acting in a criminal way. Though a child is helpless in the situation, the courts have failed to maintain their best interest by acting in a manner to restrict the parent’s ability to pay, such as in license suspensions and incarceration. Once an entity has proven itself to be counterproductive in the very mission it uses as justification for its actions, it should cease to hold the capacity to carry out what is in the true best interests of the child. In simple terms, if your doctor has a track record of giving you poison for a higher commission, it is time to revoke his medical license.

All of these changes will come from the legislative end, and must begin with a grass roots movement that exerts pressure on the politicians. The family court industry has run amok and taken the good will and public perception along with it. All those afflicted by the malady of institutionalized indebtedness must make their cases public so that the judicial misconduct can be seen and voted out of their position. It is not in our children’s interest to continue to persecute the parents, fueled by a winner take all mentality that serves to only enrich the politicians.