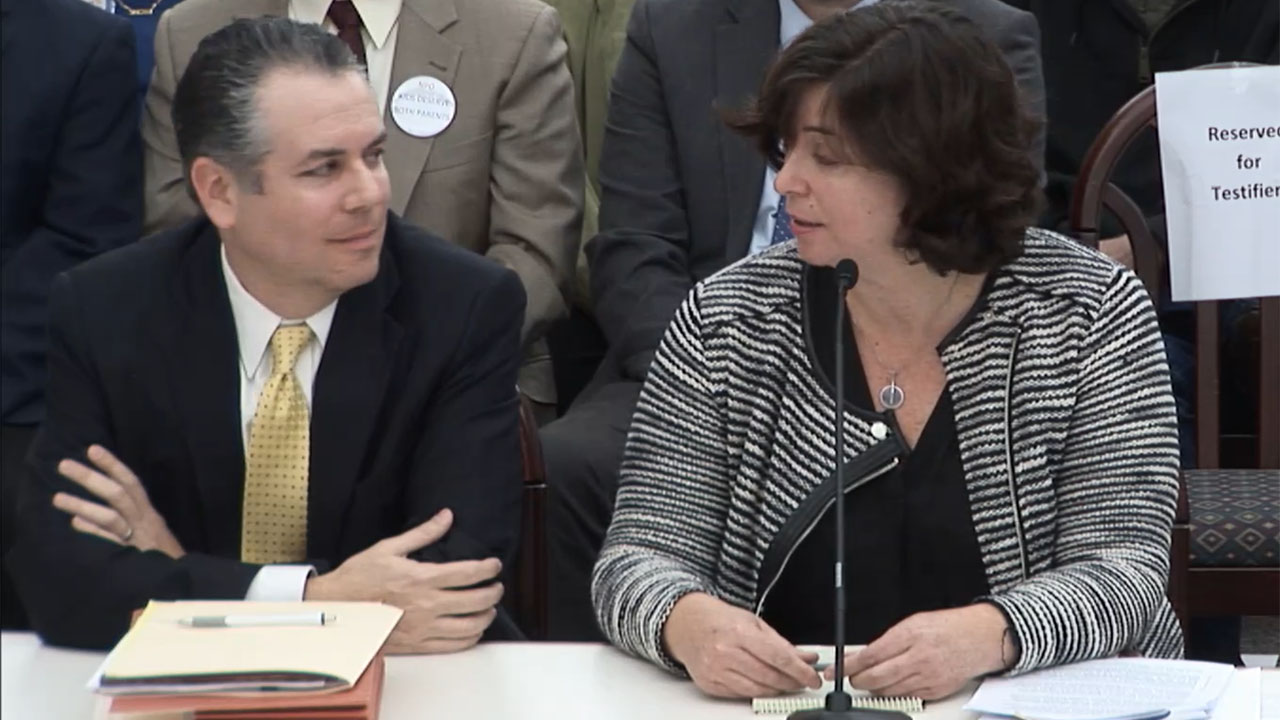 While having directly experienced the injustice of family court, it was no surprise to see the litany of supposed professionals testifying against HB1397 this past Sunday. What was disappointing to see is the too few parents that were allowed to testify while those who stand to benefit from the current system were given a larger percentage of speaking time. Here is a summary:

Opening – Sue Helm, PA – Ends at 4:40. Introduction to the legislation.

The testimony from these individuals centered to describe the current law as just, fair, flexible, and non-prejudicial. Claim that the law has evolved and not presently biased against any gender. This testimony is entirely false when you factor in the facts of custody in Pennsylvania, where fathers receive approximately 30% of parenting time. Claim that the custody is determined by the factors, yet ignore the fact that the judge has discretion as to how to apply them without consideration of evidence. Gail Calderwood claims the law is fair, attempts to claim that both parents are in court on “equal footing” based on her twenty years of practice. Only example of fathers getting custody is when the mother has “serious issues.” “Clear and convincing evidence…high evidentiary bar”–they oppose having clear, direct, weighty evidence be a factor in custody case.

Mr. Poe’s testimony regarding parental alienation. Went from full time supervised visits to full time father when ex spouse died. Divorced from next spouse and only received 40% custody, worked out on their own 50/50 agreement, daughter then performed better in school and more engaged. Once the attorney fees were removed from the equation he was better able to provide for her and allow her to engage in activities and pay for braces. Mark Ludgwig – points out that parents who are relegated to partial custody automatically get full custody when the other parent dies. What keeps them from being deemed a good parent prior to this by the courts? Highlights that starting at presumed 50/50 creates a level playing field and creates a need for a burden of proof to demonstrate that the other parent is unfit.

Ms. Estrella testifies that 50/50 custody will create a “…barrier to justice these survivors are forced to overcome.” Cites statistics about child abuse despite the fact that a substantial portion is by women as well. Describes graphic child sexual abuse case. Cites misleading quotes about voluntary versus court imposed 50/50 custody, in that voluntary is better, which ignores the additional harm that comes form conflict created when parents are fighting for custody. Claims 50/50 custody will “tie judges hands” and not allow them to prevent an abusive parent from continuing. Ms. Petio touts the benefits of the current law and states HB1397 “is fatally flawed.” Claims it is not in the best interests of the child “to spend an equal time with each parents.” Cites the following:

Claims statue will “enable abusers…to enact further abuse.” Disapproves with the fact that the statue needs clear evidence to override 50/50 custody. States that it takes ability away from the families to come up with “creative” solutions to their custody plan.

Judge Clifford was a family law attorney for over 30 years, where he served for the PA Bar Association. Judge Eaton has been a judge since 1999 after 18 years as a family law attorney. Claim to have 75 years of combined family court experience. Feel the current statue is “exactly right.” “Everybody who has custody has shared custody…”–this claim is touted and is a legal term. Pennsylvania gives supposed shared legal custody to both parents in almost all cases, but denies physical custody in these same cases. Claims no litigant should not know why they did not get custody. Judge Eaton uses an example of mom being away all the time and using nannies as reasons not to give custody. States that “the factors” have to be reviewed and discussed or the superior court will reject the opinion, however, there is no mention of the fact that the judges can use unsupported testimony to override physical evidence. State the benefits of the current law that allows judges to make their own decisions without needing to weigh evidence.

Cognetti claims that her “male clients would not like this bill.” Claims that she has dads who get primary custody that would now lose that ability based on “how hard the presumption is.” Claims that there is no presumption in the current law. Claims it puts parents’ rights ahead of the rights of the child. Opposes Kentucky law. Attorney Cushing’s-Schwartz: “This is the wrong solution.” She goes on for a large portion of her testimony citing extreme examples, particularly emphasizing the father who abandons his family. Claims children want “their lives intact.”

Total speaking time pro bill by those affected by the current law: 22 minutes.

Total speaking time against the bill, mostly by attorneys and those directly financially benefiting from the current law: 92 minutes.

Total speaking time from child psychologists about what is best for the children: Zero minutes.

Total speaking time from parents who are currently alienated from their children by the courts: Zero minutes.

You can watch the entirety here: http://www.pahousegop.com/Video/Judiciary? and our mirror here: https://youtu.be/IILYgOywrLA.

The law itself can be seen here: https://www.legis.state.pa.us/cfdocs/legis/PN/Public/btCheck.cfm?txtType=PDF&sessYr=2019&sessInd=0&billBody=H&billTyp=B&billNbr=1397&pn=1719

The major theme that we see here is that you have mostly attorneys and judges advocating for the bill to be scrapped. These people are those who directly benefit from the current law, which allows judges full liberty to do as they like without having to take evidence into account. They have to give an opinion, but their opinion does not have to be supported by evidence. Without evidence there is no fair or just verdict. We strongly recommend you read the rebuttal by Dr. Craig Childress, a renowned expert in the field of parental alienation, who has seen a multitude of these cases directly and the terrible impact the current law has on the children. While we can say many things based on our own experience and that of many other parents that we know, his opinion is well written and addresses many of the points brought up by those testifying during the hearing.